Tribal Cup and Voyageur Send Off

Happy Sunday to all! We had a great start to our morning with the traditional half hour of extra sleep and WancaBread breakfast. Sadly this morning we had to say good bye to our Voyageur campers. The Voyageurs are making their way, even now, up to the Georgian Bay in upper Lake Huron, where they will kayak in the remote wilderness for 21 days! We won’t see these campers back at Miniwanca until August 2nd.  We are so proud of them all for taking on this epic adventure and we wish them well out in the Bay. 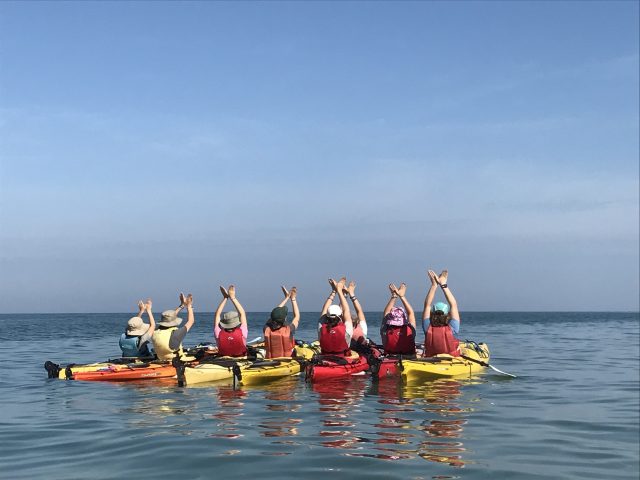 After breakfast this morning, we headed up to Church of the Dunes for Something Sacred, a time in our Sunday schedule that is set aside for campers to encounter the Religious fold and connect with something greater than themselves. This week our theme was about gratitude, awe, and nature, and how all of those things bring us closer to that something greater. Some campers spoke about their own personal practices regarding faith, wonder, awe, and openness, and we finished off the morning with a short walking meditation where campers were encouraged to notice the beauty around them in nature.

After a delicious Philly Steak sandwich lunch and a slightly extended Rest Hour, campers headed down to the Council Circle for the start of Tribal Cup! In past years, this co-ed event has taken on different appearances. This year, for Tribal Cup, campers were joined into Boys Camp and Girls Camp combined tribes (where the Draws and the Breakers, our two purple tribes, combined to form the Drakers, and so on) and headed off to slowly make their way to Bryant Field. Once all re-gathered, the campers entered the ThunderDome, and competed in a series of minute-to-win-it style challenges for Tribal points! The points are still being tallied, and games included events like Broom Hockey, various relay races, and a Balloon Stomp in which campers had to try to pop balloons that were tied to other campers’ feet all while protecting the balloons tied to their own feet.

After a riotously fun afternoon, we all convened for a cook out dinner on Bryant Field and then Girls Camp headed back West for some Founderly Feud (a Night’s Doings modeled after Family Feud – also, thank you to all who filled out our survey and allowed Founderly Feud to take place!). The campers are finishing out the night even now with some quiet cabin chats and will head to bed soon to rejuvenate after this long and exciting day. 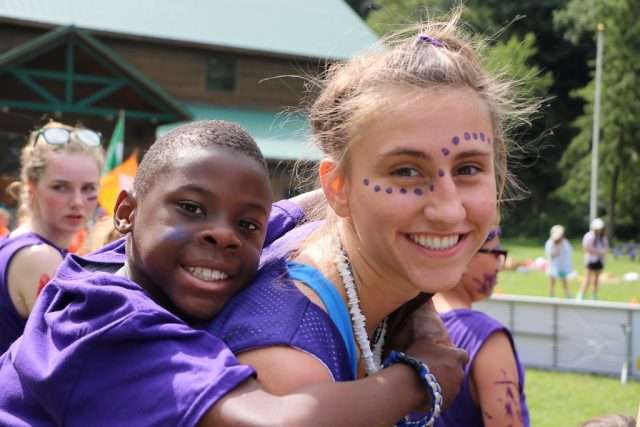