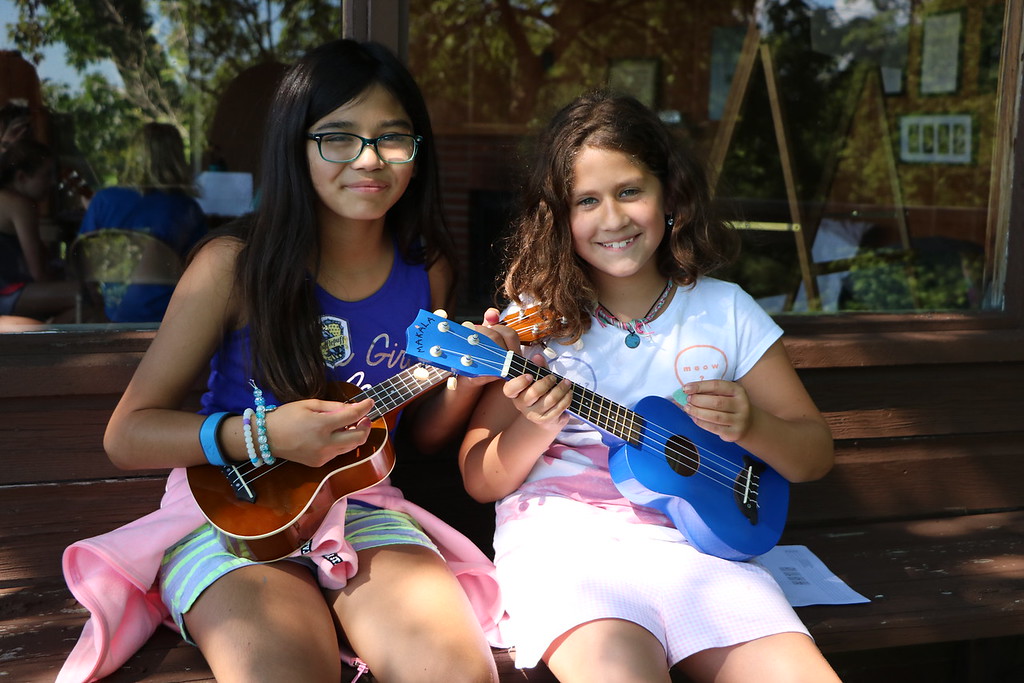 Though the day dawned gray and humid, it quickly cleared up into what can only be called a perfect Miniwanca day.

Campers started the day with their typical hop into Lake Michigan and then headed down to the Hollow for Morning Stretch led by cabin 18. The theme cabin 18 chose is Change, and campers talked about how important it is to work to change so you can be your best self, as well as how good change can be – even when it’s hard. One camper talked about how she had been homesick, but that changed and now she loves being here and wants to be back again next year.

Today’s Interest Groups are the last for this round. Campers are finishing up their Circle Journals, glazing their pottery, going for hikes and dips in the lake, and getting in one last climb at the high ropes course. Tomorrow the campers will have a new chance to choose the next round of Interest Groups.  New offerings for next week include RASKAL (random acts of service, kindness and love), Honey I Shrunk the Camp (a shrinky dink based interest group), Survivor (a conglomeration of outdoor skills), and Doc Wheels Prep (a running group).

Campers spent the first part of Free Time preparing for Tribal Council tonight, which was themed after the Four Folds. Each tribe had to create three separate acts with at least one of them based off of their theme (mental fold, social fold, physical fold, and religious fold). The campers brought all their creativity and fun to their planning and performance. Notable acts included a Tribal Cheer Mash Up from the Ridges, who were representing the social fold, and a spot-on impression of coordinator Jensen leading zumba brought to us by members of the Draw tribe as they represented the physical fold. We also sang a rousing 4 part round of My Paddle, complete with dance led by the one and only Liz Marshall. In the end, the Draw tribe gave it their all and won tonight’s Tribal Council!

We ended the night with an Evening Reflection on the beach brought to us by cabin 27. The gorgeous sunset tonight is a view we will take with us into our Adventure Daringly, Serve Humbly day tomorrow.