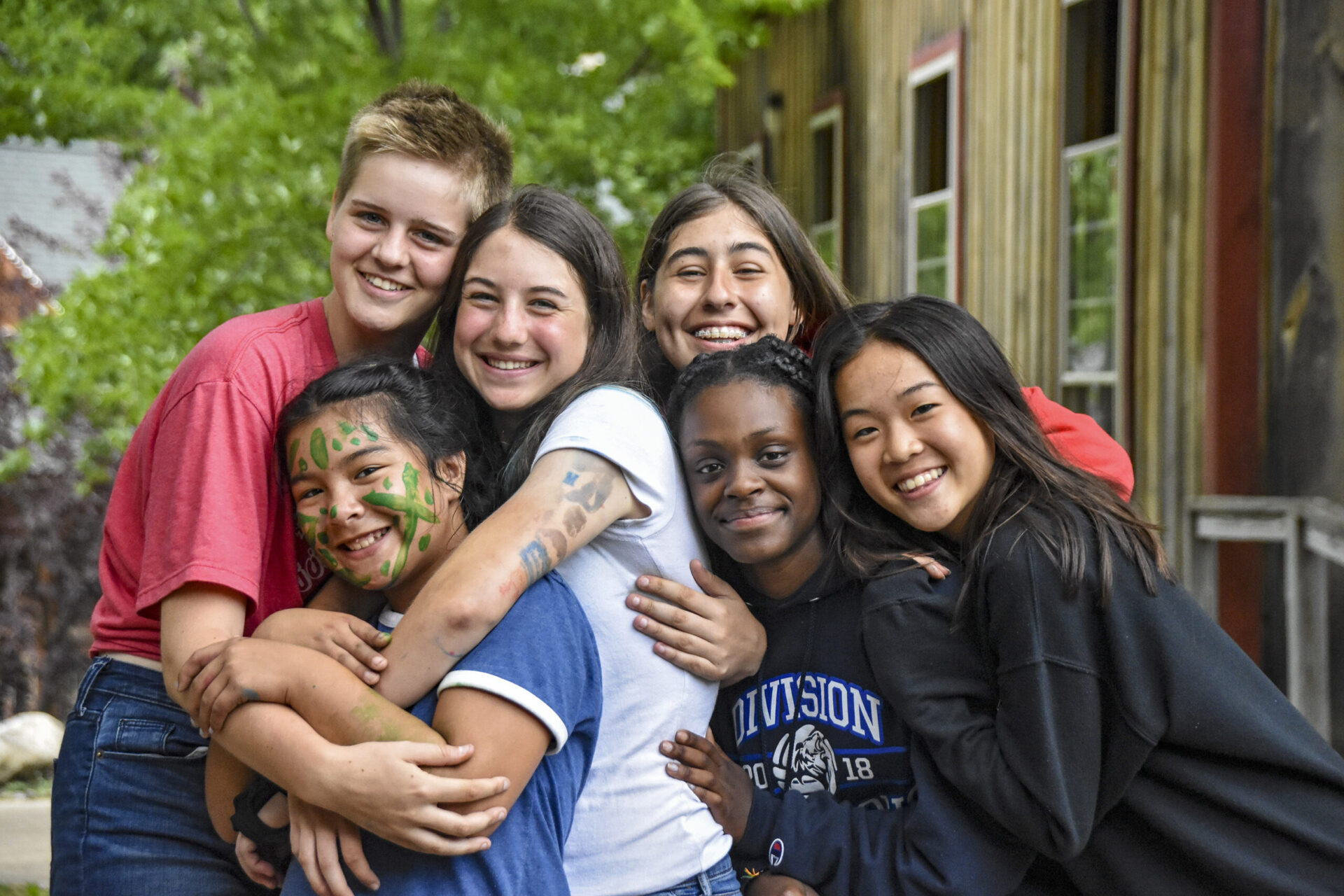 As Black Lives Matter protesters took to the streets across the country after the death of George Floyd, the American Youth Foundation wanted to offer youth a space to connect with their values and to be voices for positive change in their communities.

The AYF acknowledged that it was not an expert in anti-racism work and wanted to work with an
organization to provide resources to its community during a time that, for many, is a reckoning of racism and racial inequity in the U.S.

“We were already doing virtual programming. We had already been talking about if we wanted to be addressing the issues that are really confronting our young people right now?” said Lauren Abrami, AYF Director of Program Development. “And how do we do that in a virtual setting?”

Longtime partner Kids4Peace Boston reached out to the AYF to offer online anti-racist training for preteens and teens. K4PB ran this workshop for middle school and high school students from Merrowvista and Miniwanca; about 60 AYF kids participated in late July and early August. The organizations have been partners for almost 10 years, as K4PB brings groups of their participants to Merrowvista each year for youth leadership development retreats. K4PB’s main focus is bringing together children from Christian, Jewish, and Muslim faiths to create leaders focused on fostering peace and understanding.

Abrami said the core missions of both organizations are well aligned. “Kids4Peace Boston is really in line with the AYF mission and values of teaching kids to understand each other’s differences,” she said. “Really encouraging kids to appreciate one another and open that area of empathy, conversation, and communication among young people, and then really using their voices for good in the world.”

Walden and Megan Hopkins, K4PB Assistant Program Director and Camp Director, developed the program with a shared goal of decentering their own voices and using resources created by Black experts at the forefront of anti-racist work, such as Ibram X. Kendi. Approximately 150 kids have taken the course to date.

“I think that kids should expect to be challenged, to be asked to have some hard conversations and to think about the world around them in ways that they may or may not have already been thinking about,” Waldman said.

Hopkins said it was important to provide an understanding of the history of racism in the U.S. and explain concepts like systemic racism.

“This is a wound that has been festering in our society, and this process is really us cleaning out that wound and making sure that we, as a society, can heal going forward,” Hopkins said. “This process isn’t about maligning a particular group, placing blame, things like that. The process is really about understanding that, although those of us who benefit from white privilege are not responsible for what people have done before us or things that are beyond our control, we are benefiting from those past actions, and we should take responsibility for being part of the solution.”

Twelve-year-old Kit Hagenbuch is a seventh grader who attended the anti-racism workshop in July. She has attended Merrowvista for four years, and said she signed up for the training because she wasn’t allowed to attend protests during the pandemic and wanted to learn more about how to be effective ally.

“It’s a great space to ask questions if you want to do things, and it’s great for people who already know about things,” she said. “But it also covers a lot of the earlier topics and more basic stuff, if you’re new to it, and it encourages people to get out and do things or have conversations.”

This article first appeared in the 2020 Founder Fire.