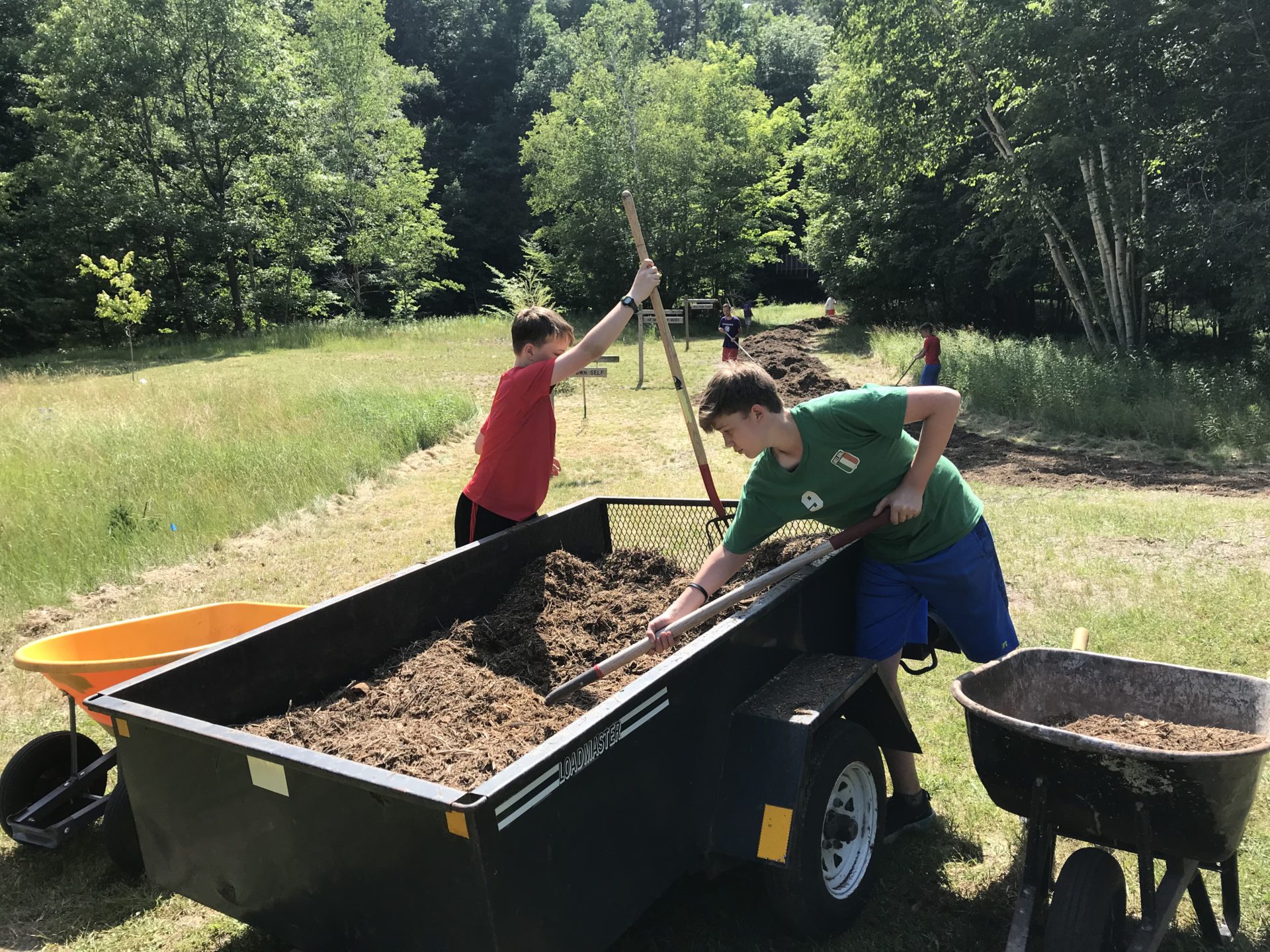 It’s been an inspirational couple of days for Four Trails. With groups coming and going and plenty of check-ins with the groups on trail, we’ve been able to follow along with their incredible adventures. Here are the details:

Trailblazers are closing out their week of outcamping adventures over the next couple of days. Trailblazers Girls 2 departed today for their canoeing adventure down the Manistee River—they’ll start up near Mesick, MI and head downriver for two days. The Trailblazer Girls 1 group began the same canoe trip yesterday and will be on their way back to camp tomorrow. Tonight they’ll camp in a beautiful primitive site alongside the river. The Trailblazer Boys are hiking on the North Country Trail near White Cloud and are planning to stay at a campsite along the bend of a creek. They’ll be back tomorrow and will continue their in-camp time while reflecting back on their trail experiences. 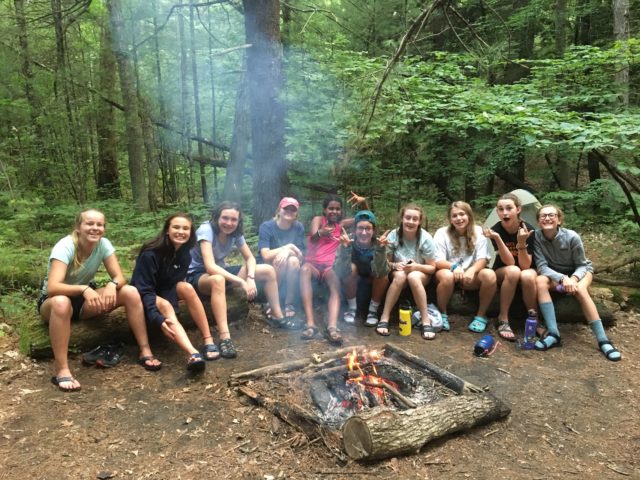 Explorers are currently transitioning between their two trips. Explorer boys have been in camp for the past two days after returning from their 5-day cycling trip around west Michigan. They had a ton of fun cycling from Ludington to Pentwater and then back to camp. They celebrated their last night on trail by getting ice cream in Pentwater. Yesterday they participated in a service project where they mulched the path between our Four Season lodge and the bridge over Stony Creek, and today they’re completing a canoeing shakedown where they’ll learn basic canoeing skills before exploring Stony Lake and Stony Creek. They’ll head  out on their 6-day canoe trip down the Manistee River tomorrow. Explorer girls just returned from their canoe trip and will be swapping places with the boys to head out on bikes on their cycling tour of west Michigan. For the next three days, we’ll work with them to help them learn Miniwanca’s cycling procedures and the rules of the road before they head out on a short one-day shakedown to a nearby ice cream spot. 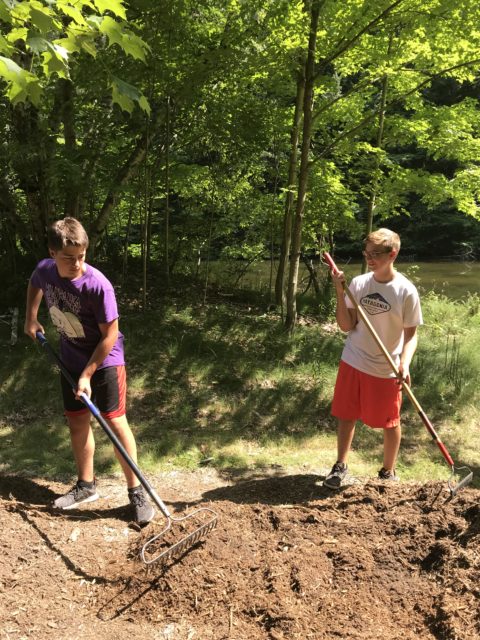 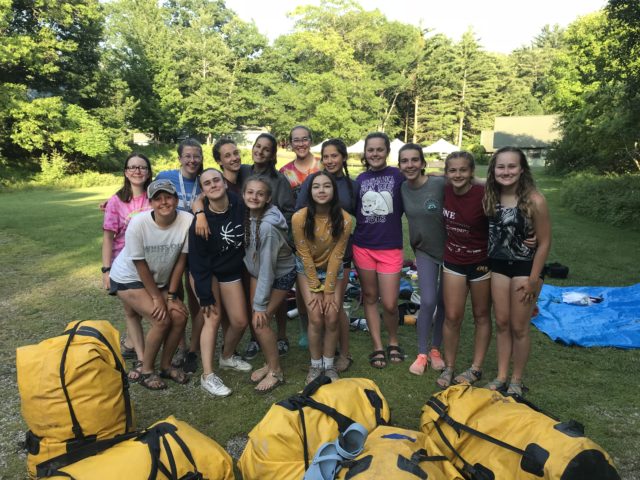 Adventurers continue cycling south toward camp today and tomorrow after a rest day in Traverse City. The girls group will reaching Sleeping Bear Dunes National Lakeshore, followed by the boys the next day. The two groups met up yesterday for an ice cream social before parting ways again. They’re having a wonderful time—I heard from the boys group today that they finally had some time to do laundry (super important!) and the girls group made s’mores for the first time on their whole trip just a few days ago. I also heard from them that everyone in the girls group has now learned how to fix a flat tire (also super important!) 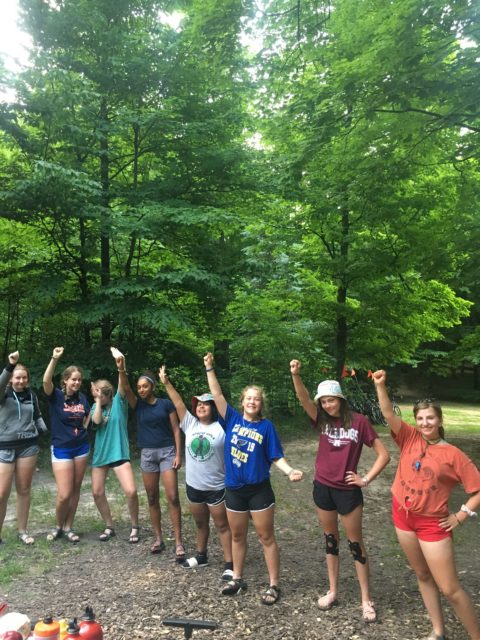 The Voyageur groups have been in camp for several days now and have been out on Stony Lake in kayaks several times already. The girls 1 group will be heading out for their overnight shakedown today—they’ll kayak down Stony Creek to Lake Michigan and then camp tonight at our Well Site. The second girls group and the boys group will follow close behind tomorrow on their overnight shakedown. They depart officially for their trip next Sunday so if you want to get mail to them before they leave, now would be a great time to send it. They’d love to have some words of affirmation before their big adventure.

Odyssey is barreling toward Canada as I write this. I heard from them directly that they’re actually tired of all of the Michigan flatland and are looking forward to some hills as they move through Canada and into New York in the next 1.5 weeks. They’ll need to keep stretching like this if they’re planning on taking on those mountains: 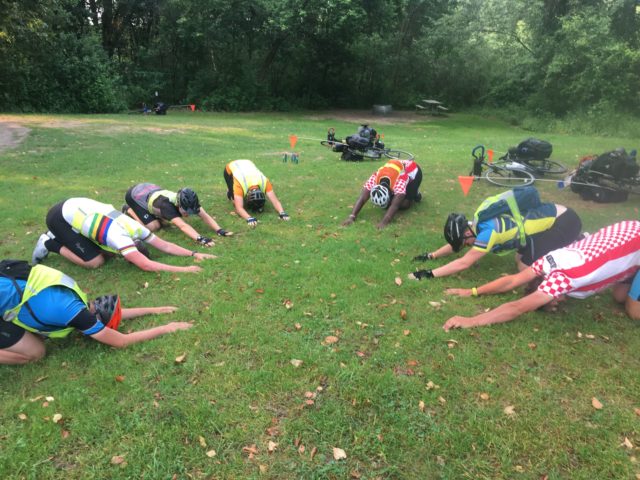 All of the Odyssey groups will converge on Marine City, MI today as they get to their first mail drop and rest day of their trip. They’re excited to receive mail from everyone and to spend some time together as one large Odyssey group. They’ll cross over into Canada two days from now—their next major landmark will be Niagara Falls next week.