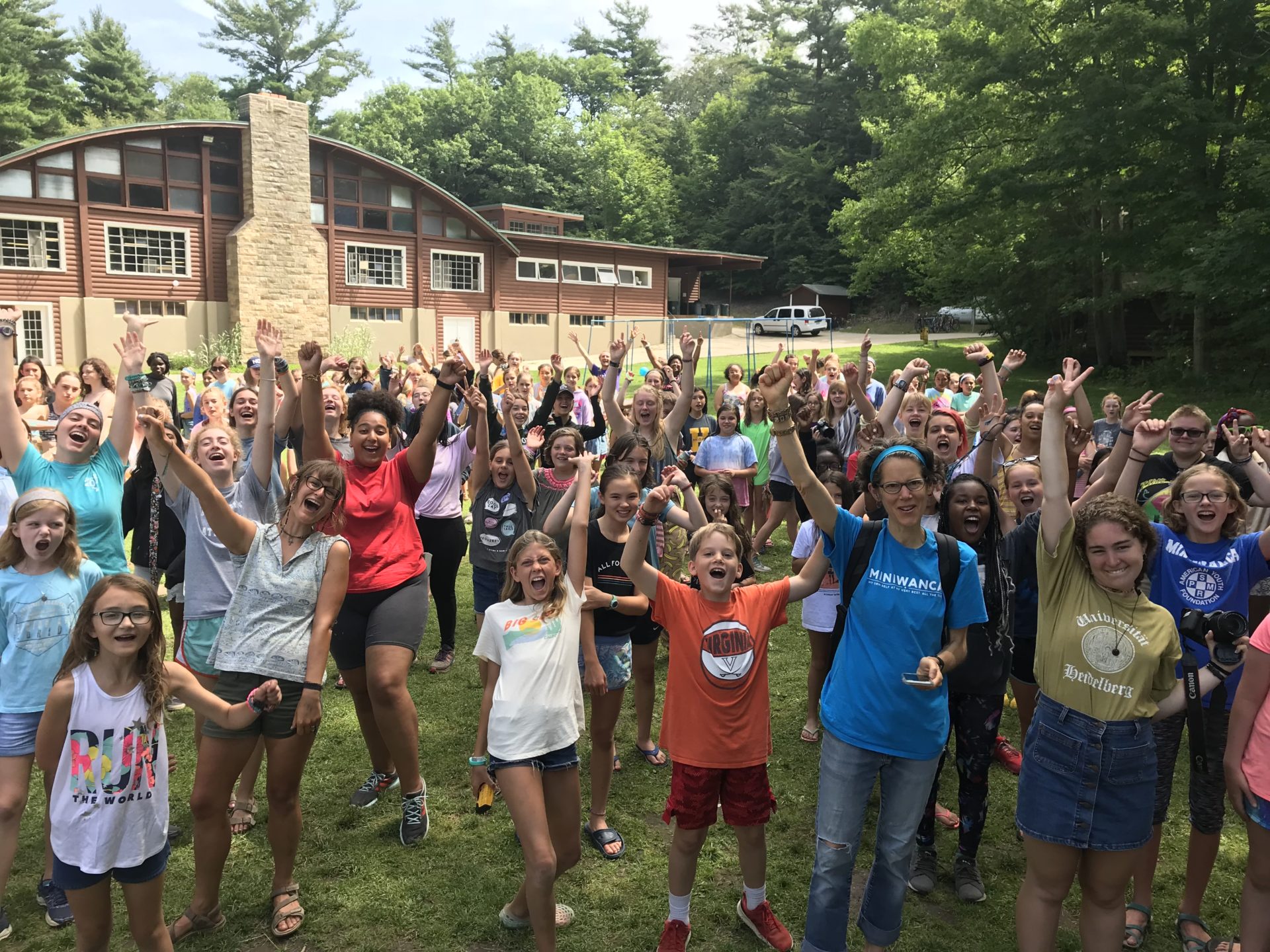 As we near the end of Session A, Four Trails campers are in high spirits after their many adventures. Over the next three days we’ll welcome all of our Explorer and Adventurer campers back from their adventures with cheers and celebration. Here’s what’s been happening these past three days:

Trailblazers continue their in-camp time, but today they’ll begin passing back through Graceland to participate in a Four Trails tradition: placing their handprints in paint on the walls inside Graceland. We’re excited for them to join in on this tradition and for them to reflect on their future adventures in Four Trails.

As I write this, Explorer boys are heading down the Manistee River Bridge toward their pickup location and the Explorer girls are cycling toward Pentwater for the final night of their cycling trip. Along the way, both groups have experienced some triumphs and some challenges: pouring down rain, rolling hills, long days of rowing and cycling, and plenty of ice cream (at least for the Explorer girls on their cycling trip). They’re excited for the conclusion of their adventure and to spend some time reconnecting with the rest of the camp community (and also to rest those arms and knees!). 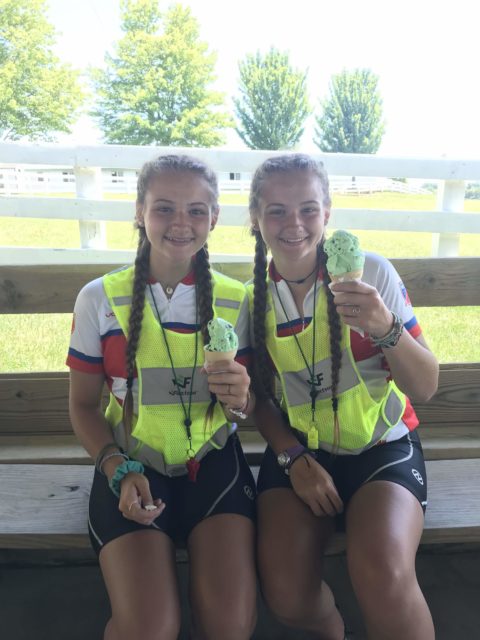 The Adventurers are very near to the end of their adventures down the coast of west Michigan. Our Adventurer girls rode into camp today and we all celebrated with a ride-in before lunch. They rode down the hill past Assembly and into the Hollow where all of camp greeted them with hugs and cheers. They sang a round of Founder Hearts before taking some photos and heading into the dining hall for TACO TUESDAY! They specifically have wanted camp tacos for a while, so they were incredibly excited. The adventurer boys will have their ride-in to Boys Camp tomorrow where they’ll be welcomed back in a similar way with cheers and singing of Founder Hearts. 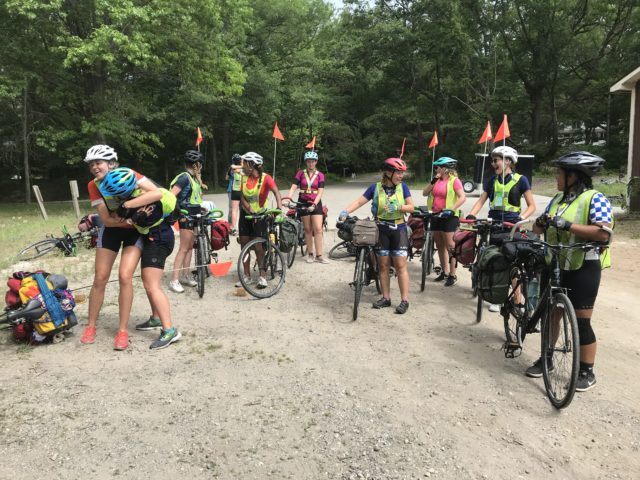 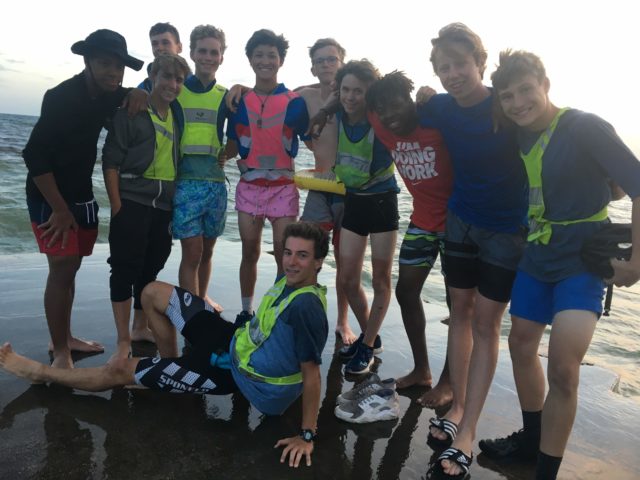 The Voyageurs begin paddling today on the Georgian Bay. They haven’t had enough cell service to send photos, but over the past two days they have driven all the way to Killarney (in Canada) and will be heading off in different directions on the Bay toward their campsites. The map below shows their approximate route down the coast. They’ll kayak for a total of 3 weeks until they reach their take out point in the Parry Sound.

Odyssey made it to Niagara Falls today! They’ve finished their journey through Canada and will be embarking on the longest section of their journey through New York starting on Thursday. Though the terrain will be getting a bit more strenuous as they begin ascending and descending through the Adirondack Mountains, all of the groups are in incredibly high spirits and are ready for the challenge. They’re nearly halfway through their trip and when you look at how far they’ve traveled on a map, it’s incredible! They’ll be receiving mail from camp and from home over the course of today and tomorrow, so they’re really excited to get some encouragement to boost them through the next week. 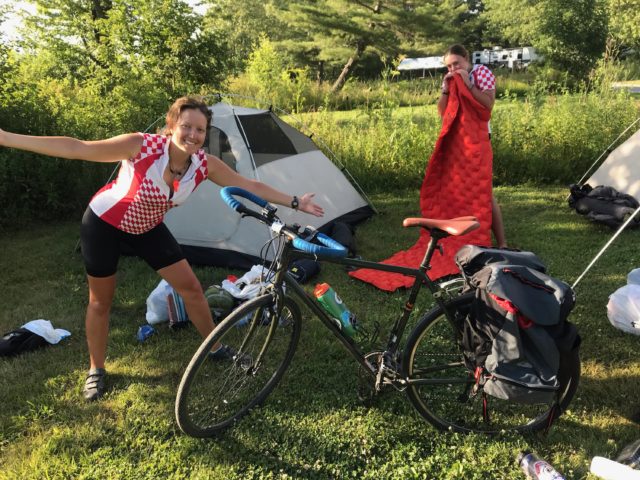 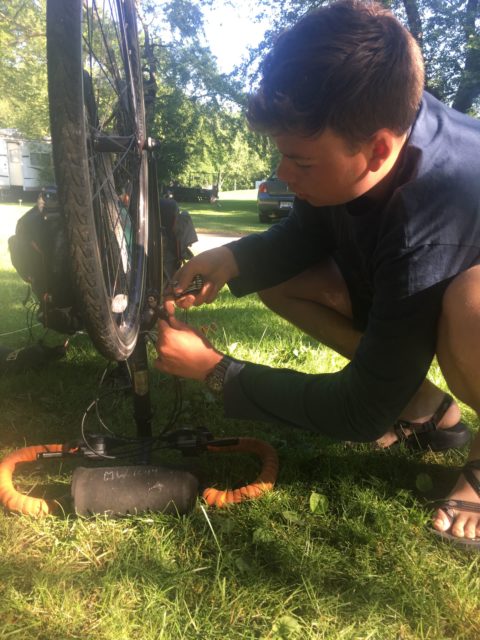