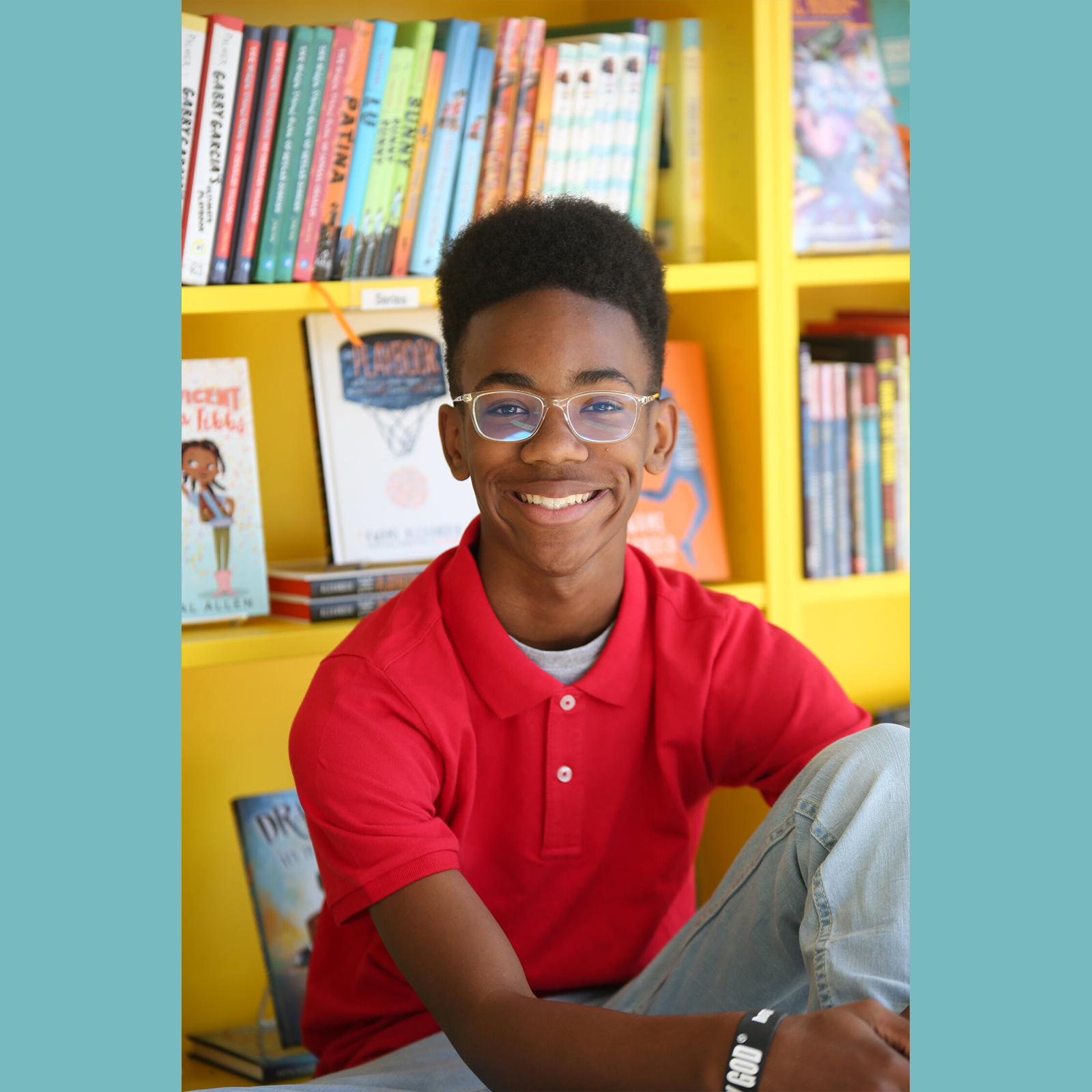 Young people of the AYF strive to be at their best. They continue to discover more about themselves and passionately pursue projects that serve their communities. They are enkindled spirits – glowing embers that inspire others to action.

Sidney Keys III is an eighth grader at Loyola Academy of St. Louis who attends Miniwanca each fall with his entire school. Throughout his experiences at Miniwanca, he has demonstrated excellent leadership and an inspiring energy in our community. He truly personifies what it means to be his own best self, and he inspires his classmates to do the same. Sidney is playful, kind, and passionate. These qualities enable him to make positive connections with the younger Loyola men, as well as his fellow eighth graders.

One of the most incredible examples of Sidney’s leadership is the book club he founded when he was only 10 years old. Books N Bros creates an environment where young African American boys can come together to read and connect over literature and positive community. Sidney’s group focuses on literature by and about African Americans and strives to combat the statistic that says black boys are at lower literacy rates than other groups.

After a visit to EyeSeeMe, an African American children’s bookstore in St. Louis, Sidney was inspired by the idea of bringing together a group of boys to talk about books. He picked a book and set a date, and Books N Bros began with just seven participants. Today the group has grown exponentially and has received national recognition, continuing to grow under Sidney’s leadership as the founder and “Head Bro in Charge.”

He has spread his passion for reading through interviews with CNN, Steve Harvey, and he even received a shout out from Oprah Winfrey. Since its inception, Books N Bros has continued to grow as more and more boys experience the joy of reading. The program now incorporates mentorship, teamwork, and community building as his peers come together. Sidney is an excellent example of an enkindled spirit, sharing his gifts with others as he makes a positive difference in the community.