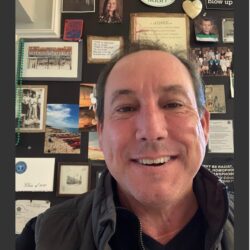 In the role of Senior Director of Operations, Andy brings with him experience from the commercial construction arena where he built several multi-family housing complexes, as well as developed several smaller properties in New York, Martha’s Vineyard, Atlanta, and St. Louis.  He has earned a Master of Science Degree in “Building Construction and Facility Management” from the Georgia Institute of Technology, (GA Tech). Andy is also a combat veteran, having served as a Staff Sergeant in the United States Army Reserve for eight years.  During this time, he deployed to Iraq and Uganda working as a member of a Psychological Operations Team imbedded with the Infantry.

Andy has experienced the American Youth Foundation through many different lenses.  His family was first introduced to the organization in 1965 when his father was selected to be a part of the Danforth Fellowship. Andy’s mother and siblings all became involved as participants, volunteers, and staff.  Andy first experienced Camp Miniwanca washing dishes and Camp Merrowvista as a counselor for the International Leadership Conference. Andy and his wife, Molly, have ensured that their three children have been a part of numerous programs from Merrowvista and Miniwanca Camps, through the Four Trails and Avail programs, and the National Leadership Conferences.

The original dare of “Aspire Nobly, Adventure Daringly, Serve Humbly” encompasses the spirit that inspires Andy to work for the benefit of Youth within, as well as outside these beautiful settings