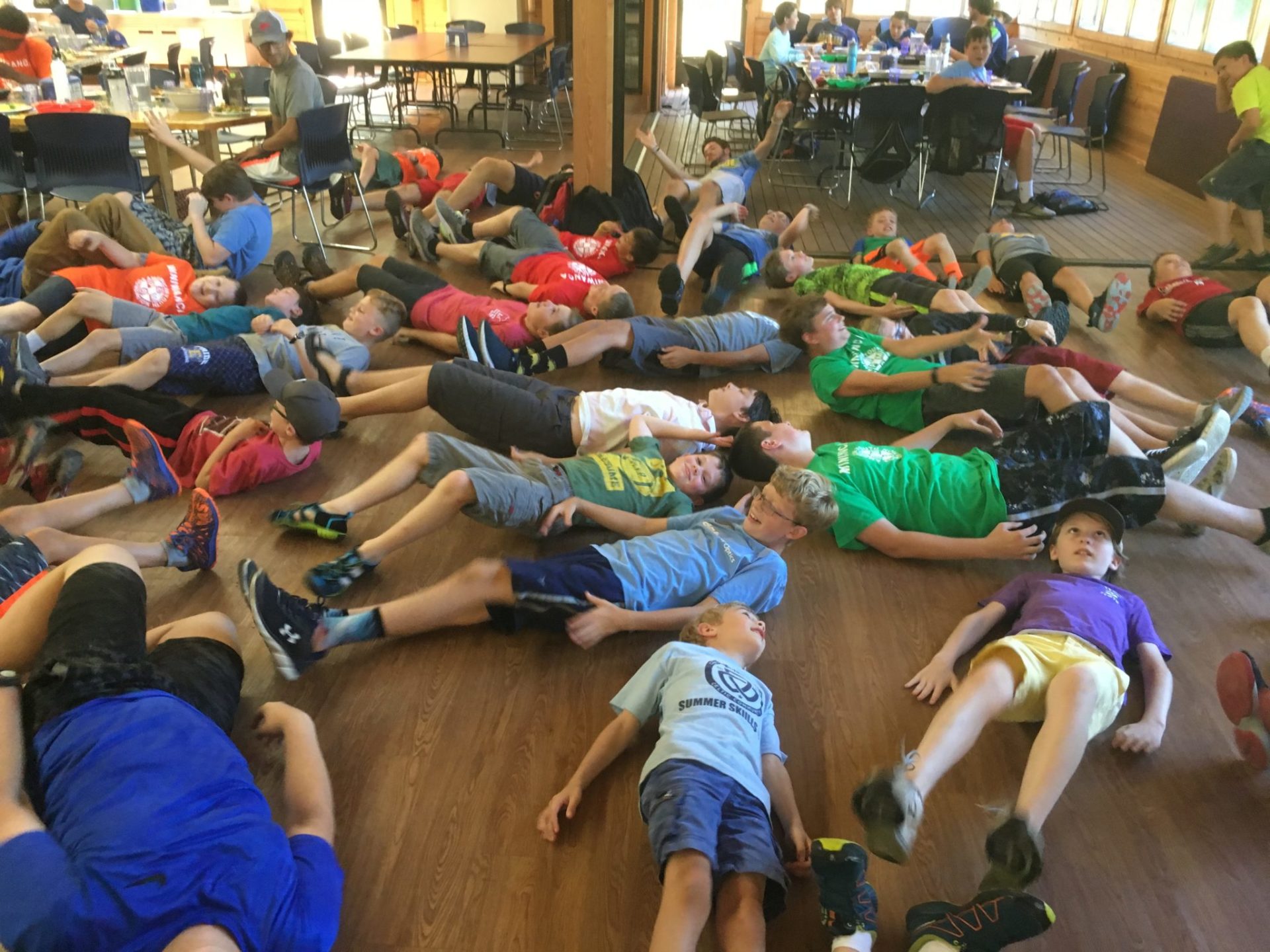 Yesterday in Boy’s Camp, we had our first full typical day; full of Interest Groups like Woodshop, Archery, Fishing, Paddle Sports, Soccer, and even a little bit of Dragon Slaying! The highlight, however, was our lunch time activity. A long-standing tradition at camp: Techno Taco Tuesday!!!!

It all started peacefully enough, with the illusion that in the time since last summer, camp had decided to ditch Techno Taco Tuesday, and instead replace it with Tuba Taco Tuesday. And so we opened our meal with a beautiful tuba solo by Øystein Baadsvik, playing Vittorio Monti’s Czardas (here’s a link to what can only be described as totally tubular: https://www.youtube.com/watch?v=fYOsNp4O7AU) .

But Techno is the heartbeat of Boy’s Camp, and the madness could go on no longer! A revolt was staged by a group of cabin leaders, and Øystein was Øusted, to be replaced by such timeless classics as Darude’s Sandstorm, along with its accompanying conga line and the exuberant chants of “MILK! MILK! MILK!” escaping through the open windows of the Dining Hall.

Suffice it to say that Techno Taco Tuesday is a weird place and time, but here at camp, we embrace the weird in all of us!  Be sure to ask your boys all about all of the wacky funzies we get up to during lunch at Boy’s Camp, because it’s one of our favorite parts of the day, especially on Tuesdays!