Science explains the magic of Polar Bear at Miniwanca 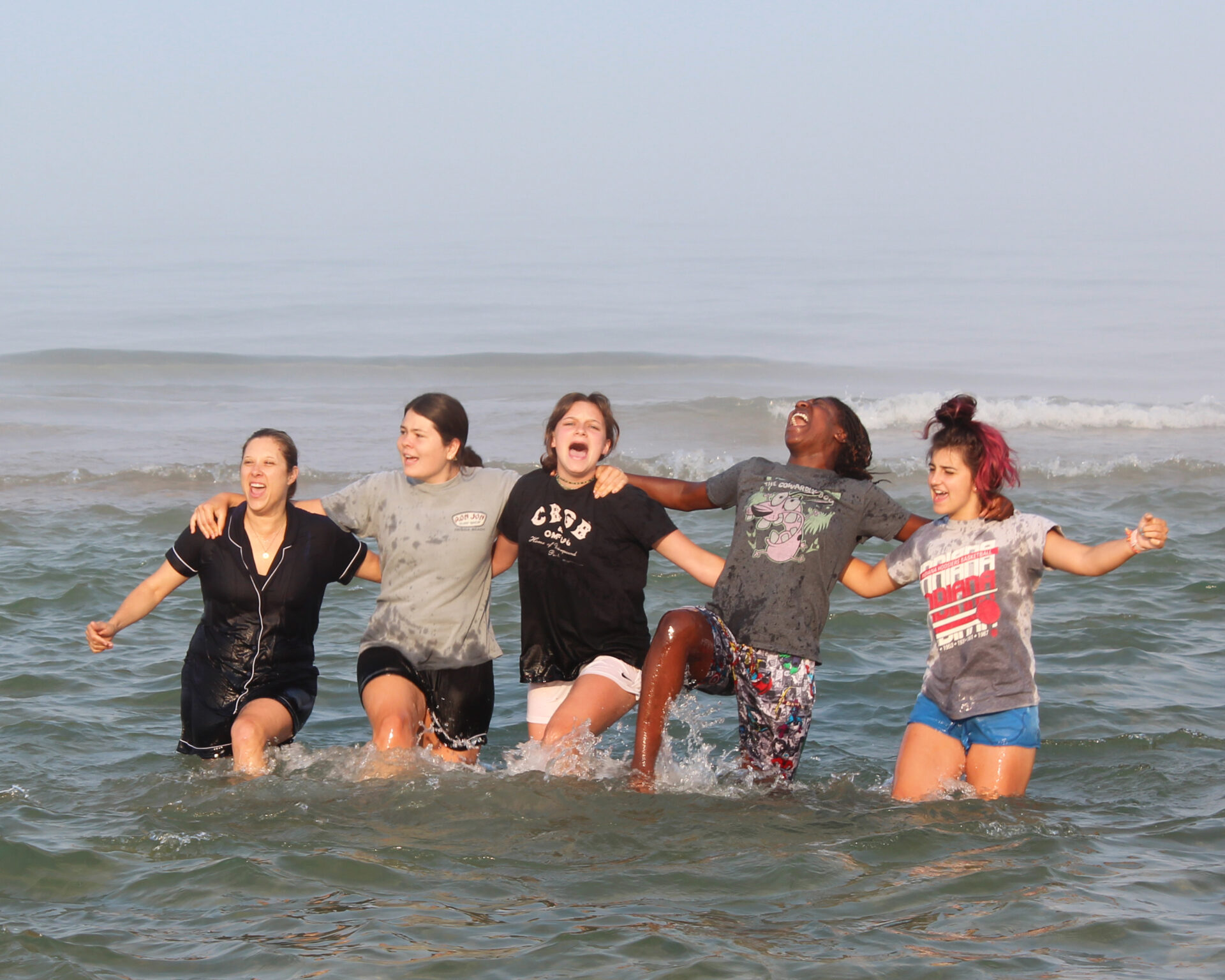 So chant the voices of campers on the shores of Lake Michigan and Stony Lake each summer as they begin their days bravely dunking into the icy waters.

The tradition of Polar Bear has been a beloved part of Miniwanca since the 1970s, and those who choose to partake each morning are passionate that it’s the best way to start the day. Some cite the energy surge from the bracing water, while others focus on the fun of running to the lake with cabin mates. Almost universally, campers report that they feel great after Polar Bearing.

Now the science is catching up with what we’ve known all along: plunging into cold water does, indeed, have the power to make you feel energized, focused, and motivated throughout the entire day.

Hof began with his own exploration and discovered that immersion in cold water “starts a cascade of health benefits, including the buildup of brown adipose tissue and resultant fat loss, reduced inflammation that facilitates a fortified immune system, balanced hormone levels, improved sleep quality, and the production of endorphins— the feel-good chemicals in the brain that naturally elevate your mood.”

In recent years, scientific research has begun to explain some of the mechanisms behind the dramatic positive effects of the Polar Bear experience. According to Dr. Andrew Huberman, professor of neurobiology at Stanford University School of Medicine, cold water exposure can have a powerful impact on many of the body’s systems.

“In recent years, there’s been a trend toward more people doing so-called cold exposure… getting into cold showers, taking ice baths. Exposing oneself to cold water of various kinds can in fact increase our levels of dopamine as well as the neuromodulator norepinephrine,” Huberman said in a recent episode of his podcast, Huberman Lab.

Citing a study in the European Journal of Physiology, Huberman explains that jumping into cold water was found to create a dramatic increases, not only in adrenaline, but also in neurotransmitters such as dopamine that impact motivation and mood throughout the day.

“So cold water exposure turns out to be a very potent stimulus for shifting the entire milieu, the entire environment of our brain and body and allowing many people to feel much, much better for a substantial period of time after getting out of the ice bath or cold water of any kind than they did before,” Huberman said in the podcast.

At Miniwanca, running into Lake Michigan for the Polar Bear plunge is entirely optional, and it’s not something that every camper feels drawn to do. But those who choose to begin the day with a cheer and a dip into the icy waters say they feel refreshed and centered for the rest of the day.

“It truly is the best way to start a camp day,” says Sarah Van Cleve, longtime Miniwanca camper and staff member. “It’s a quick jaunt to the lake with friends for an invigorating mental wake up and a spiritual cleanse. Plus, it’s a natural shower!”

And now we have an even deeper understanding of what we’ve known to be true through our days at camp.