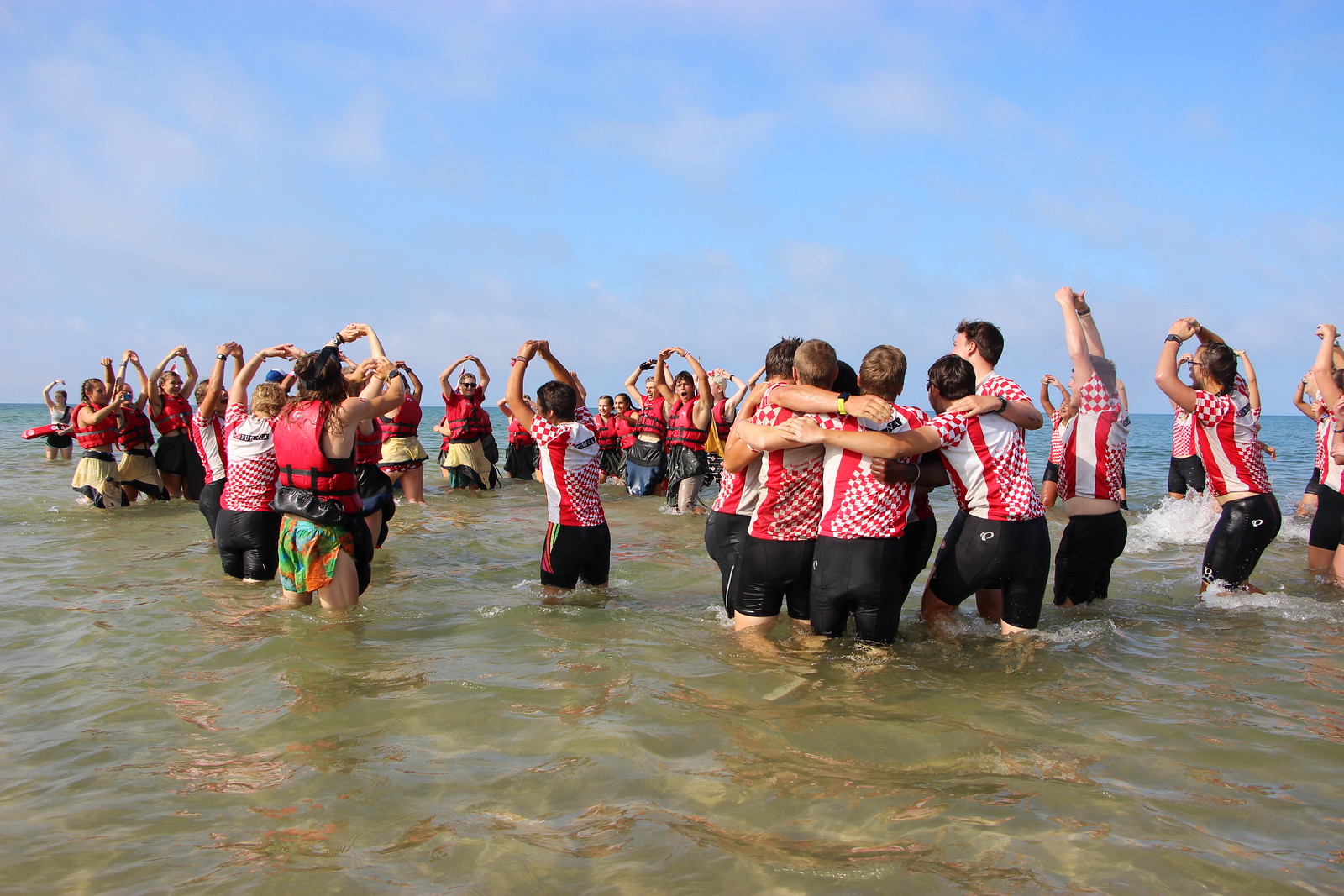 Today at Camp Miniwanca we had a not so typical day. We started off with the famous Doc Wheels Fun Run, where campers get to run on a path that takes them all through camp and even up Old Baldy. They end their run on the shore of Lake Michigan where they do a nice refreshing Polar Bear to cool them off from their run. As the run and the Polar Bears ended, we got to welcome our Odyssey and Voyager campers back home!  The Voyageurs paddled in from the Well Site, the Odyssey campers rode down to the Green Acre, and they all joined together in Lake Michigan to sing Founder Hearts and be celebrated.

After breakfast, the campers got to finish watching Spiderman: Into the Spider Verse. For lunch we had hot dogs, potato wedges, vegetables, and grapes  and the campers ate it all up. After lunch the campers had a much needed extended rest hour. In the afternoon, the campers were able to do their Interest Groups which involve going to the craft house, high ropes, to the lake, and so much more. After their Interests Groups the campers had their usual Free Time before dinner.  Tonight’s delicious dinner included BBQ chicken, mashed potatoes, and carrots.

Tonight’s Nights Doings were special because our campers performed a skit that they came up with in their Camper Frolic Interest Group and there were a few last acts from the Talent Show. But what topped off everything was the traditional ceremony of giving Voyager, Odyssey, and Avail their rugbies/jackets/t-shirts. Evening reflection tonight was led by the returned Odyssey campers from both Boys and Girls Camp who talked about celebration. Though the night ended with a storm, all the campers were safe and sound and fell asleep to the pattering of the rain.