Party in the U.S.A 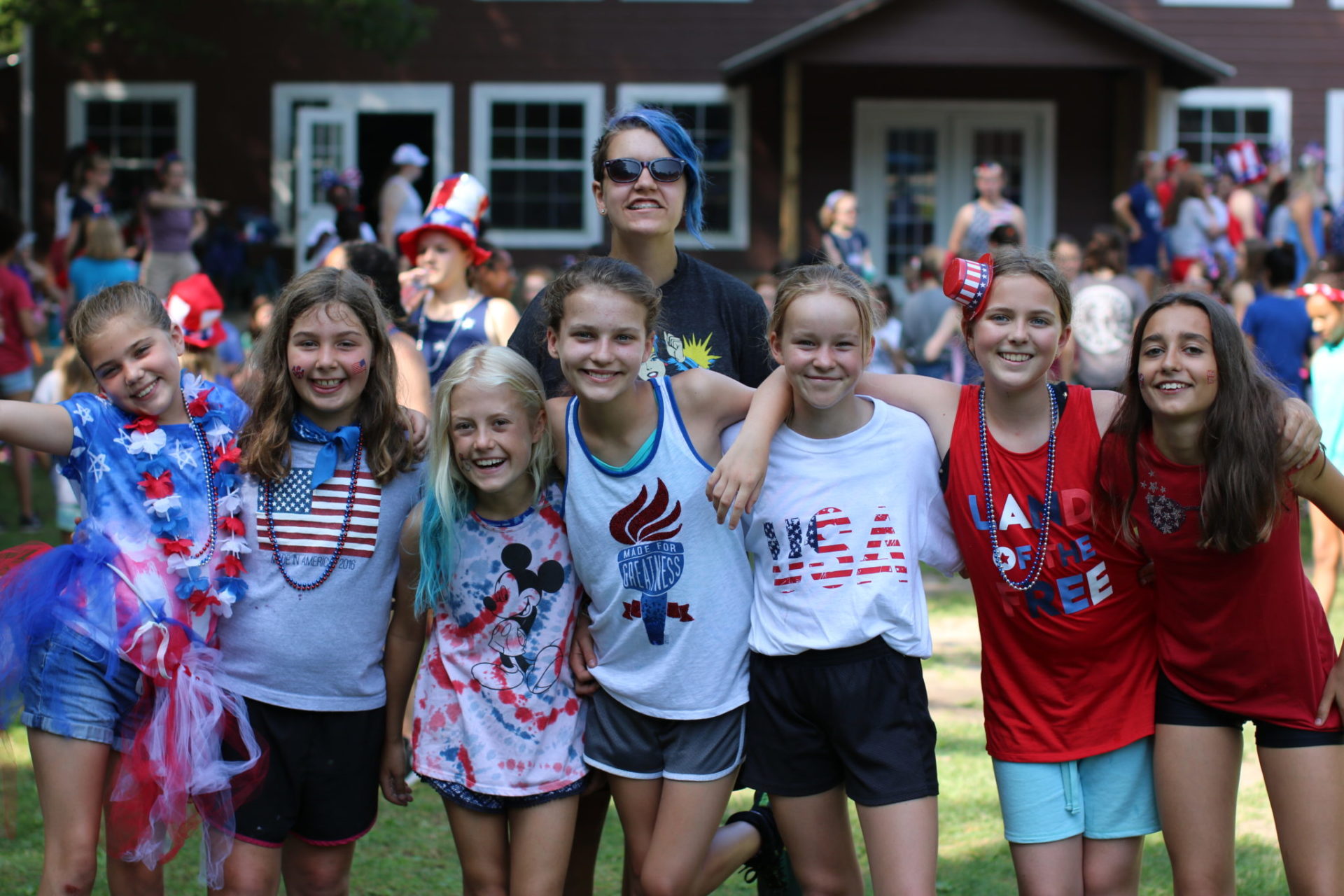 Happy Fourth from everyone here at Girls Camp! We started out this wonderful morning with an all camp polar bear in our pajamas. We all sang Founder Hearts in the water too, this is a camp tradition. After drying off from polar bear we made our way to breakfast. The oldest in camp campers, Avail, woke up extra early to frost donuts for the whole camp for breakfast! In addition to the delicious donuts we also had pancakes, bacon, and fruit!

After breakfast we had our famous parade for no one! This is where all the campers dress up in red, white, and blue and parade down from the Assembly to downtown Miniwanca for no one but ourselves. We then had the beloved dodgeball game of campers versus leaders. The campers really gave the leaders a run for their money this year! To cool down after that intense game of dodgeball, we then opened free swim in Lake Michigan so that we could all cool off before lunch. Lunch was pizza and veggies!! So so yummy in our tummies.

Lunch was followed by a much needed extended rest hour. The bell rang out to wake us up from our slumber and told us to head to snack time. We had some cookies, crackers and gatorade to make sure that we are hydrated enough as the heat continued here at Camp Miniwanca.

We then proceeded to our fun Fourth of July rotations. The first one was “pie your leader” where the campers got to pie their leader in the face with whipped cream. After, the campers also got to pour water on their leaders for fun, but to also clean them of the whipped cream. Rotation two was down at the beach where we opened up free swim again because of the warm temperatures. The third and final rotation was in the Eating Lodge, where campers designed feathers with words that describe their Miniwanca experience. These feathers are going to be used in a bigger project that will be displayed in the Eating Lodge at a later date.

We had a cookout for dinner in the Hollow! We had hotdogs, hamburgers, watermelon, baked beans, and pasta salad. It was a beautiful night for a cookout in the hollow. Following dinner all the campers made their way to Assembly for movie night! We watched the movie The Greatest Showman. This was a great way to cool the kiddos down right before a well deserved night sleep.

Happy Fourth of July from everyone here at Girls Camp!! Updates on tomorrow to come!