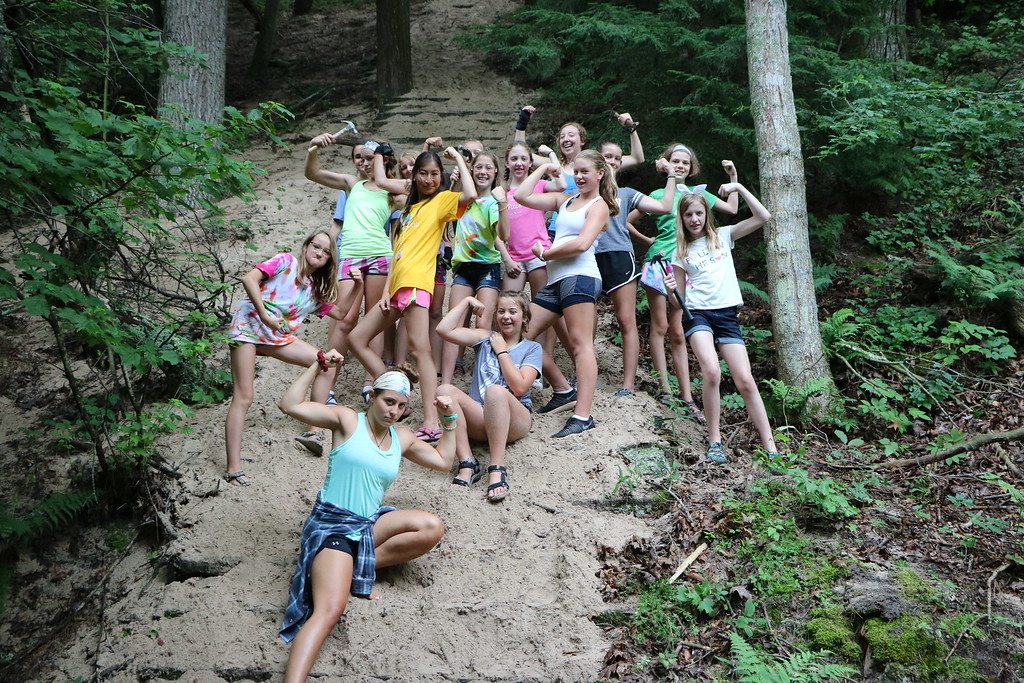 This morning dawned gray and gloomy at Miniwanca. Thankfully, our campers were not up for a morning Polar Bear but we did have an early rising bell so our one week campers could finish their packing up before our early breakfast. We had one last morning dance party all together and then it was already time for the parents to arrive. The reunions were joyous and beautiful as our youngest campers met their families again after what was, for many, their very first week away from home.

As our one week campers closed out their experience with a slide show and a closing council (where 35 of our 48 one weekers received Polar Bear shirts for hopping in the lake each morning), our three week campers were starting off of some service! The Trailblazer campers tackled the beach and did some clean up of the straw that washes up. Our Darers, 6th and 7th grade campers headed off to do some trail work and to help take down the railing of Zeke’s Stairs. The stairs, which once led up to Vesper Dune, have fallen out of use in the last few years as the dunes slowly shift over them.

Campers then headed back for an early lunch and an extended rest hour before trekking over to the Stony Lake waterfront for a fun afternoon! There was sailing, paddle boarding, and kayaking, swimming, diving, and Nucomb. Campers ate watermelon for snack and enjoyed a chill afternoon at the waterfront all together.

After a cookout dinner in the Hollow, we all had some ice cream and toppings and then headed to the Upper Tipi to watch The Parent Trap – the version from the 1960’s. With this old camp classic under their belt, campers are heading off to rest up for the start of week two and the arrival of our two week campers tomorrow!