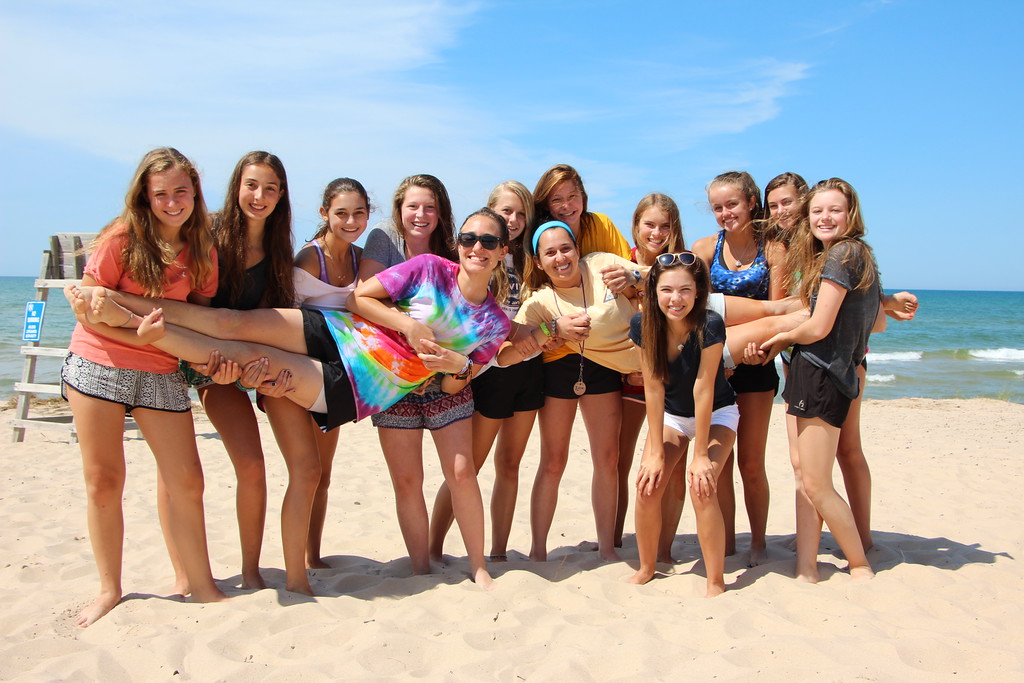 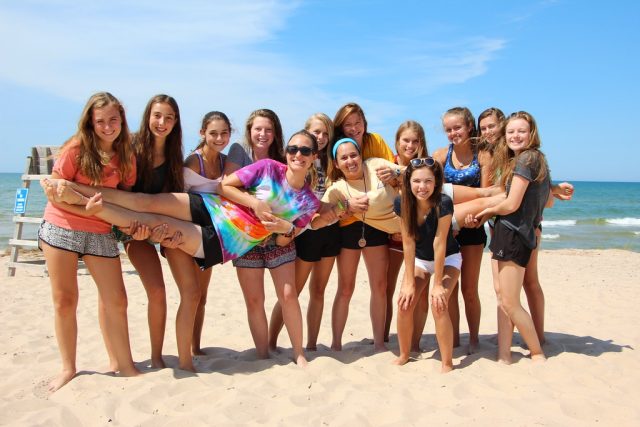 The first full day of camp dawned bright and early with the 8 AM rising bell and beautiful sunshine. The entire camp convened in the Hollow for Morning Stretch led by the LIT’s. They led us in a Rockagizer dance to the song “500 Miles” and then spoke on the theme of the day –  Inspiration. Breakfast was a tasty meal of pancakes and bacon, followed with music, dancing and shared responsibilities in DishLand.

We had a great morning of orientations – swim checks at Stony Lake, “Fun, Safe Summer” talks with Liz, our director, and cabin photos.  Each cabin had the chance for a “photo shoot” on the beach with Hannah and they hammed it up in front of the incredible backdrop of blue sky and glistening Lake Michigan.

Rest Hour post-lunch gave everyone for a chance to pick up fresh energy for the afternoon. 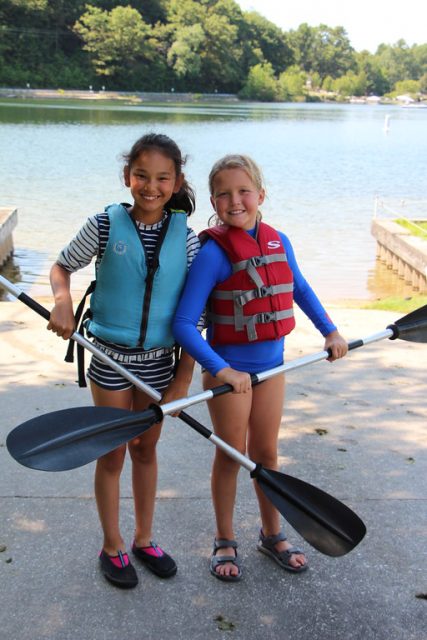 Tribal pride was encouraged at Assembly as tribal color t-shirts were distributed and treasured cheers were learned.  The four tribes – Draws, Dunes, Ridges, Trails – are teams that compete throughout the session, working to win the coveted Shield.

The afternoon was the start of our typical days, with the arrival of Interest Groups. Campers headed out to Sailing, Dreamcatchers, Horseback Riding, Beach Fun, Archery, and Craft House Medley, among other choices.  Free time found many campers down at the beach, enjoying free swim and the beautiful views.

Opening Council Circle was the centerpiece of the evening, the ceremonial opening of camp.  Each cabin introduced themselves to camp through silly songs or skits—we saw one group dressed as penguins, another doing a game show and an original song based on Miniwanca Girls.  Our first Evening Reflection on the beach closed our day.  Explorer I campers offered their  thoughts on Inspiration.  A gorgeous sunset capped off our first day! 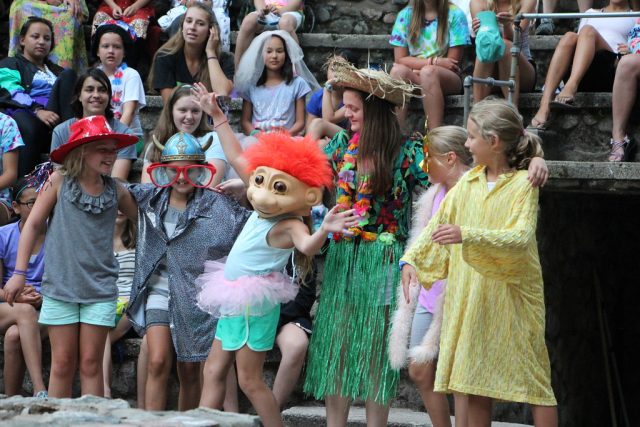