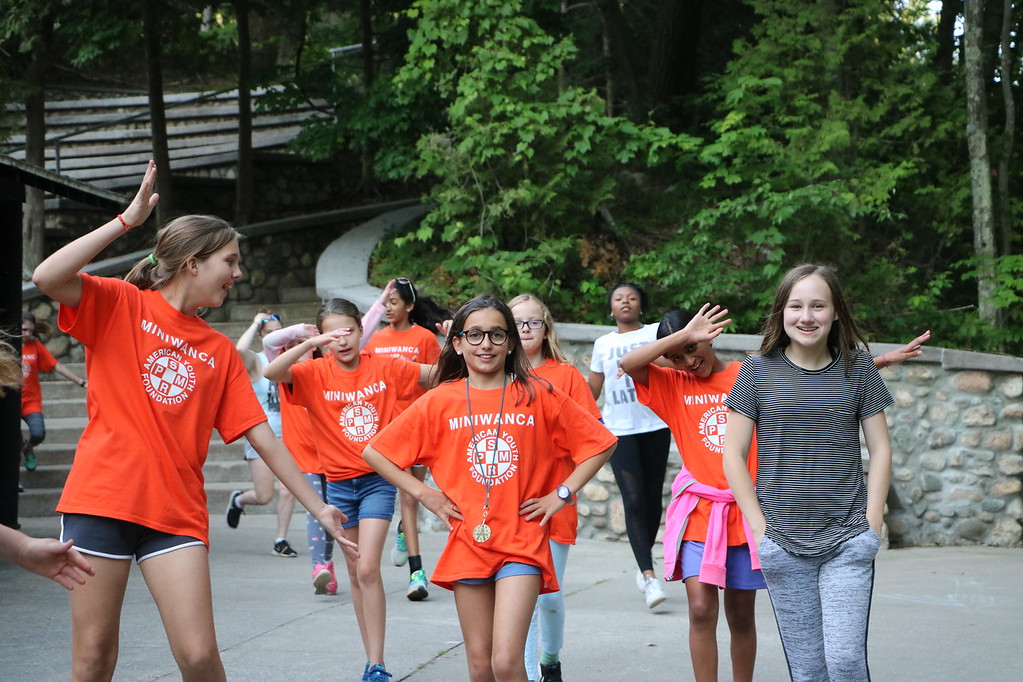 The morning dawned crisp and clear today as the sun rose over Stony Lake. Our early morning Polar Bears headed down to Lake Michigan to take the first plunge of the summer, and it sure was brisk! That didn’t stop our intrepid campers from charging in, ready to face the cold for the sake of the t-shirt!

The day quickly started warming up, and we were treated to bright and beautiful sunlight all day long. Our theme of the day was imagination, and one of our Adventurer groups introduced us to the theme this morning at Morning Stretch. They also led us in dancing to “500 miles”, a classic for the Adventurer groups who will bike more than 500 miles this summer!

Campers got out to all four of their interest groups today. There was archery in Assembly, zen drawing in the Marie Shaver Music Center, Lake Michigan Beach Time in the afternoon, sailing, paddle sports, high ropes course and more! A particularly popular interest group among some of our younger campers right now is Fairy Houses. The campers were thrilled to see the houses they built yesterday had been visited by some fairies in the night! The fairies left behind plenty of glitter and a few short notes to mark their arrival.

Tonight’s Night’s Doings was the Amazing Race, where campers followed clues all around camp and had to perform tasks for their leaders like telling funny jokes or creating the best outfits from the costume closet. The Dunes pulled in the win with just one point more than the Trails tribe. It seems like the Dunes and the Trails may be early contenders for the Tribal Shield.