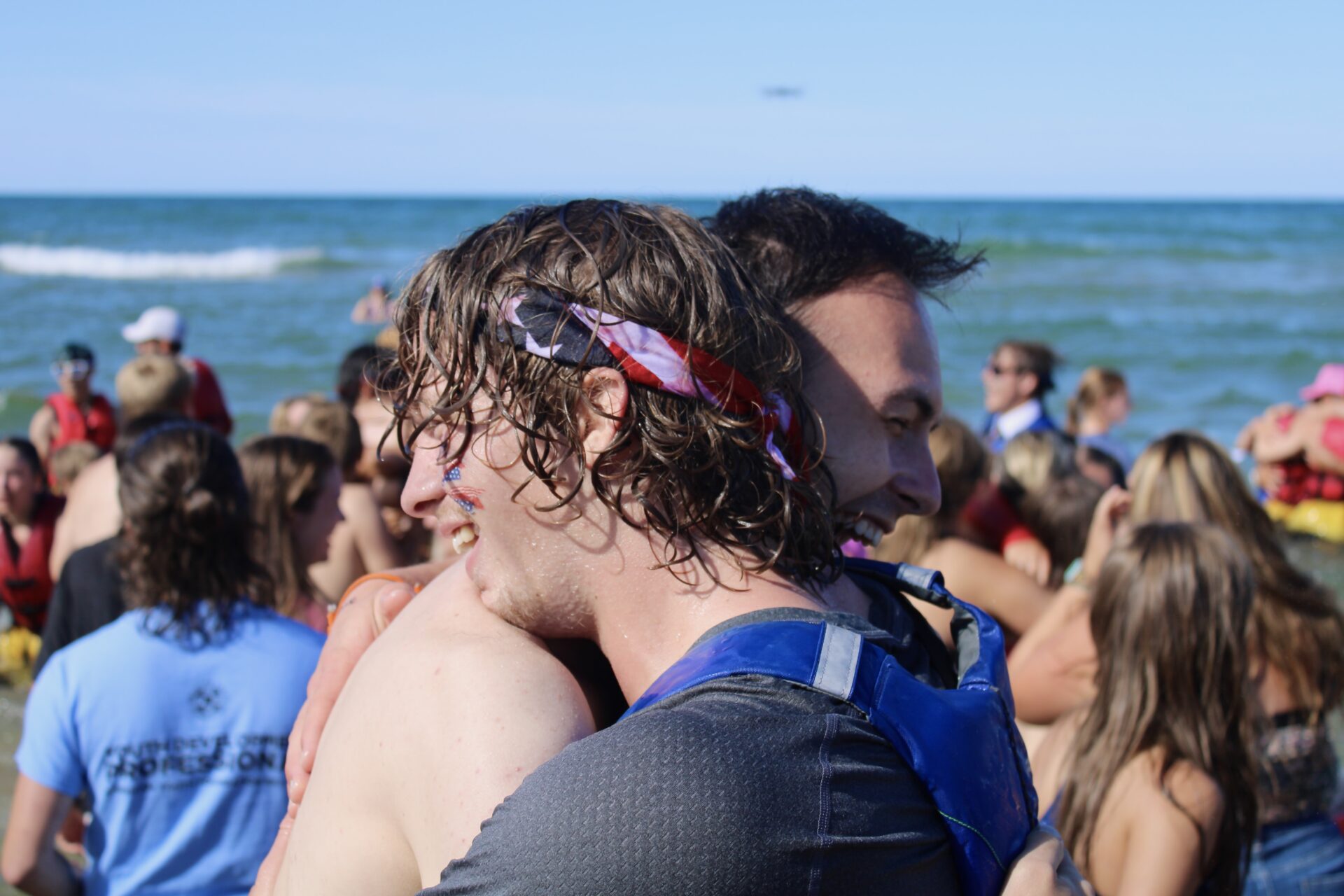 Each new day at Miniwanca comes with a new theme for the campers to reflect on during flag raising and Evening Reflection. Today’s theme was joy, which proved to be an excellent description for the day as a whole.

The day began at a faster pace than usual, as campers participated in the Doc Wheels Fun Run 5K. Starting at Graceland and ending on the Green Acre, campers chose to walk, jog, or run for the race.

At the finish line, campers were greeted by cheering staff members and a breakfast buffet of doughnuts and fresh fruit. Spirits were high after campers finished their breakfast and transitioned into a Polar Bear and swim in Lake Michigan. 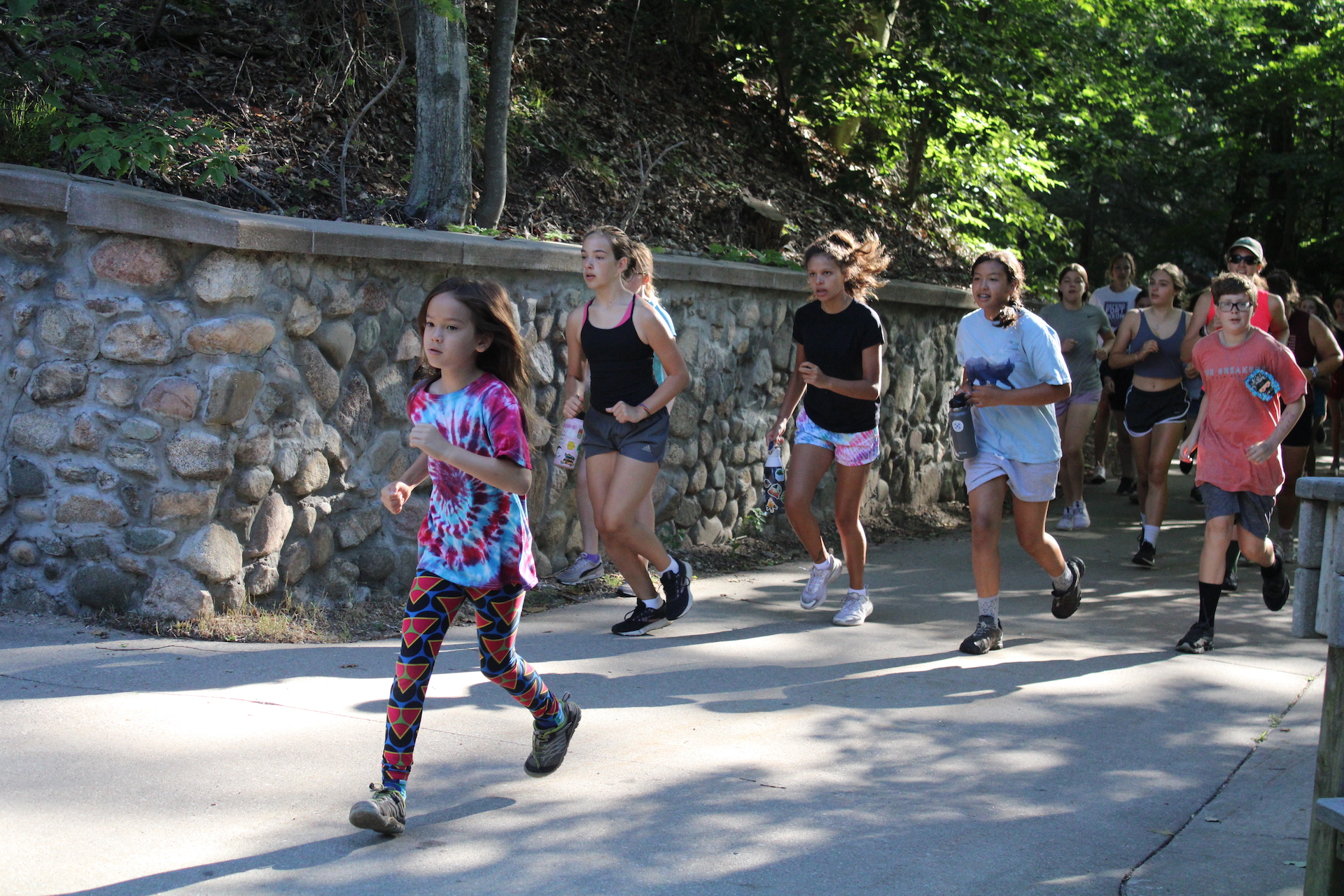 Boys Camp and Girls Camp enjoyed their time together as they awaited the arrival of their Voyaguer friends, who were kayaking on the Mississippi River for the last five weeks.

This ride-in is called Nostos, which is Greek for ‘the return to light and life,’ and is often used when discussing epics in literature. Four Trails trips are epic journeys for their participants, and Miniwnaca celebrates their heroic accomplishments as one community.

Campers, family members, and staff charged into the water to greet the Voyagers with open arms and wide smiles. There was a palpable sense of community, as people shed tears of relief, shared moments of laughter, and exchanged stories from their time apart from loved ones.

Today continued to find more room for joy, as Boys Camp transitioned into Wish Day, which is an afternoon dedicated to granting as many of the campers’ wishes as possible. While many campers made good use of their wish by requesting Wancabread, chocolate milk, or pizza, other campers wished to use indoor showers at the Four Seasons building.

Staff worked hard to grant each camper’s wish – and for a few staff members this meant spending the day with a camper who wanted to be them. For example, the Media Specialist handed over their camera to a camper so he could be the camp photographer for the day.

Another camper who wished to become an employee for the day made an additional request to be fired from their position once Wish Day had ended. Anna Kay Vorsteg, the president of the American Youth Foundation, wanted to do her part in making wishes come true, and so she had to complete the difficult task of firing a 9-year-old.

The day was truly filled with joy as campers and staff learned about some of the other wishes that were made today. At dinner, campers transitioned from talking about their wishes to the Variety Show, where campers shared their talents, participated in skits, and sang campfire songs together. Celebrating each other’s talents was a wonderful way to round out the day. 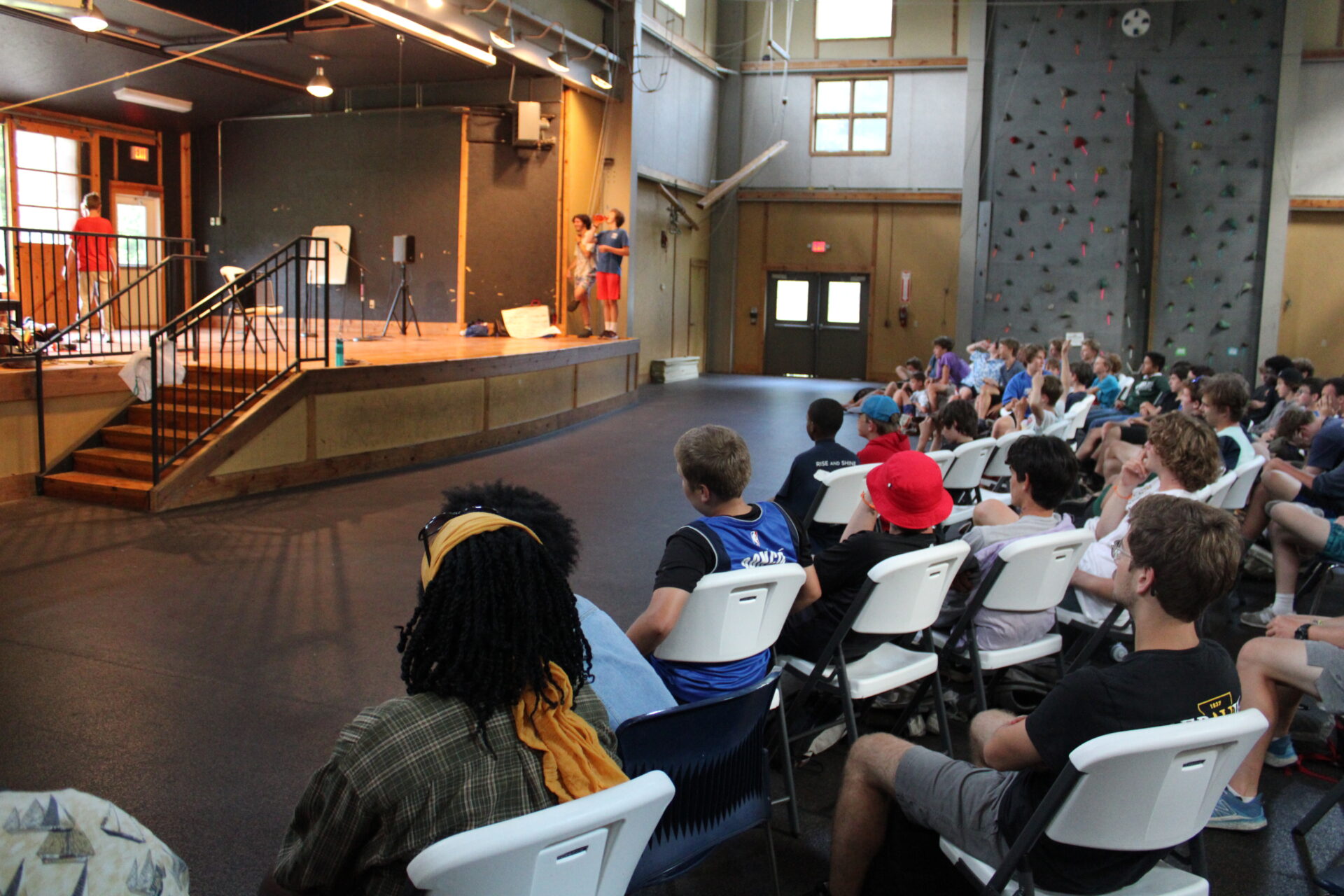 Following Evening Reflection, where campers reflected on their moments of joy throughout the day, it was time for bed. The campers were excited to go to their cabins to get some much needed rest after their long day and to get ready for the remaining days of fun left this session.