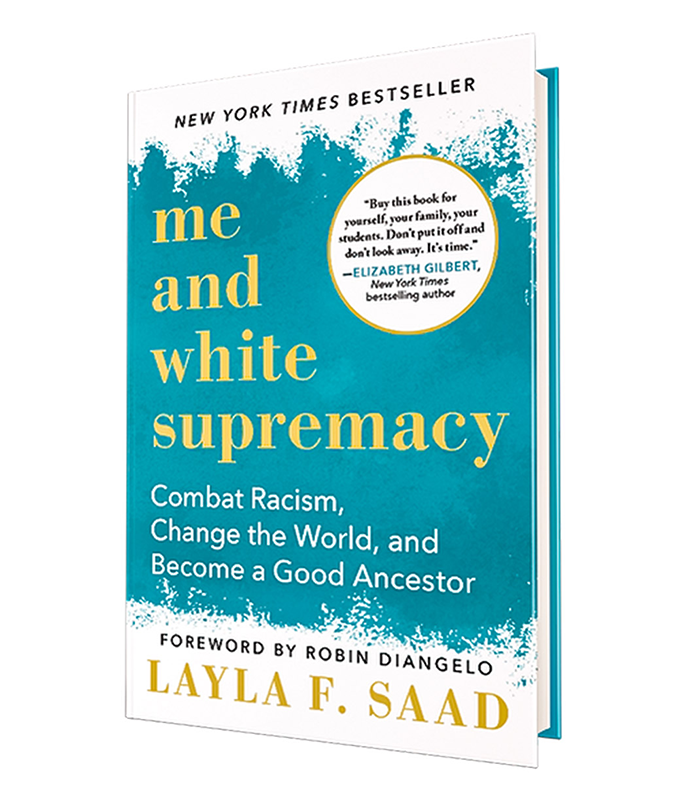 While the COVID-19 pandemic brought many losses, it also ushered in new methods for creating community using virtual tools instead of live gatherings. One such virtual event took place in spring 2021 when AYF launched a new series for adults called Conversation Circles. The series began with small group discussions about Layla Saad’s Me and White Supremacy: Combat Racism, Change the World,  and Become a Good Ancestor.

The book selection originated from the coordinators of AYF’s Summer Seminars for Women. SSW Coordinator Bridget Stack said they were drawn to the text as an invitation to explore how white people benefit from privilege in ways that cause damage to Black, Indigenous, and people of color (BIPOC).

“I heard about a powerful discussion group on this book, and it immediately struck me as great material for the SSW community,” explained Stack. While prior programs included community building and conversation, this was the first offering for adults to address social justice issues and to dedicate time to the aspect of the AYF mission that encourages people to “make a positive difference.”

In March, 40 adults enrolled in the first Conversation Circles. Meeting through Zoom in biweekly sessions, they worked through the text using a process of group conversation and inquiry called The Circle Way, a structured method of exploring the book. Each week, the participants revisited the expectations for the program, and then broke into their smaller conversation groups, where they rotated the role of “guardian” of the circle. Rather than serving as group leader, the guardian focused on maintaining the integrity of the group by keeping time, ensuring all members could share, and maintaining agreements to speak with respect. This strong group structure created a safe setting for sharing that went deep into the participants’ personal experiences.

Members of the AYF community are committed to putting their values into action, and this book offers a roadmap to constructively teach readers what they can do to further racial justice.

Stack was struck by the commitment participants showed to attend consistently, show up with honesty, and share in the sometimes painful process of acknowledging their privilege. “It was powerful to see this group of women delve into the challenging work of acknowledging how racism is present in our lives and how the things we think, say, or do have the unintended effect of perpetuating white ” she said.

Many participants said they were moved by the process of building trust in the small group setting. Participant Peggy Rush said it made the experience of reading this challenging book much richer. “Although each of us entered the process with a different level of experience and understanding, we ended up in similar kind, empathetic, and caring places at the end,” she said.

Other virtual adult offerings continue to draw the SSW participants and other alumni toward the AYF. Monthly Evening Reflections, a New Year Compass series, and a full virtual Summer Seminars series in July filled out the year. AYF Director of Alumni Relations Molly Mulcahy said she has seen the community grow through these experiences.

“It’s not just a process of reminiscing, but about having a real connection in the present with old and new friends, learning new material, and daring to work to make change,” Mulcahy said.