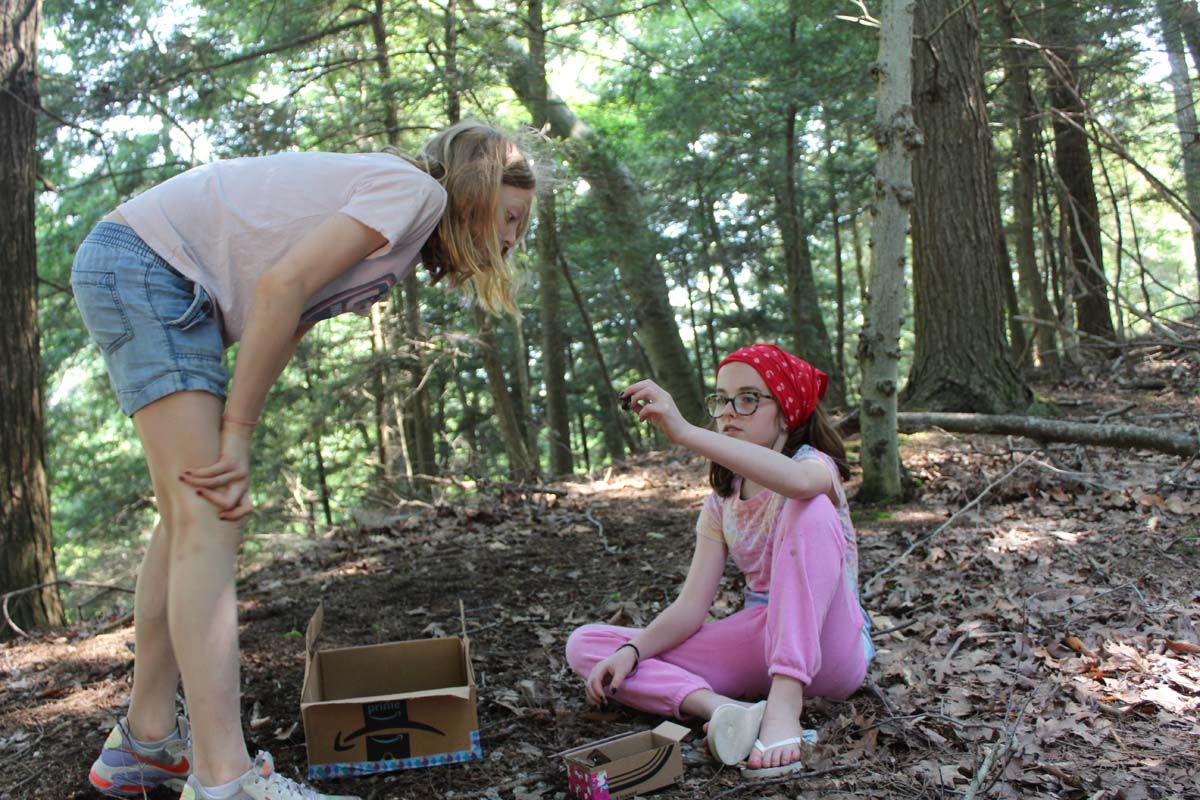 After the Polar Bears went for a dip, a golden Miniwanca day began with a morning stretch that included learning the dance moves to the rekindle summer flash mob. Next, a Darer cabin led morning reflection and asked the camp to consider the day’s theme, creativity. Arms linked, campers paraded into the Eating Lodge for a breakfast of warm blueberry muffins, scrambled eggs, a cereal bar, fresh fruit, and oatmeal. 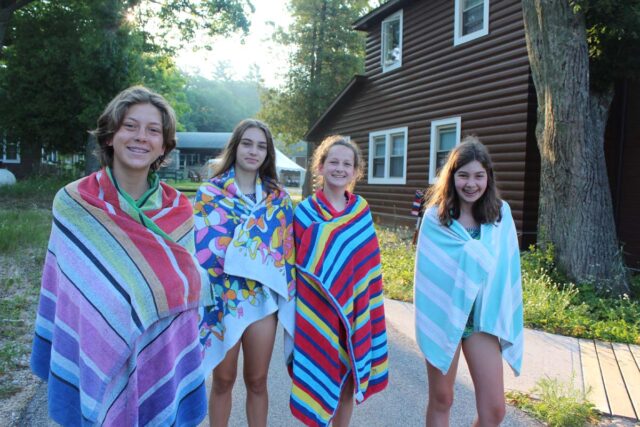 As the campers adventure through their second full week at camp, Interest Groups are in full swing. The Craft House teemed with excitement over cross stitch, crochet, and decoupage, to name a few. At the boathouse, campers worked toward earning their Skipper (meaning they will be lake-safe to captain a boat solo), while others took out paddleboards and canoes. At the Assembly amphitheater, the theater improvisation group learned acting techniques, and on Potawatomie Trail near the Kinji shrine, another group dreamed and created wee houses for the fairies who live nearby. 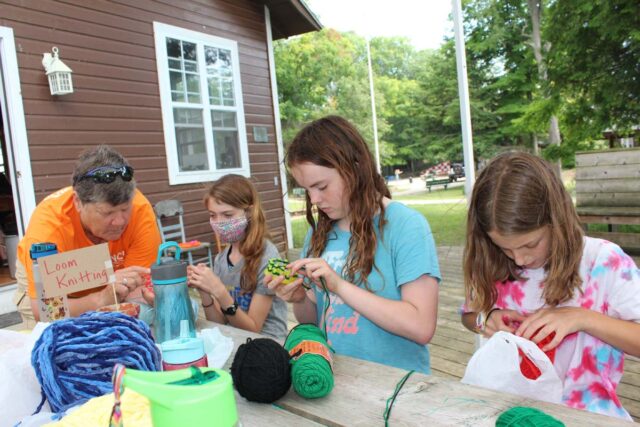 After lunch and rest hour, the Draws, Dune, Ridges, and Trails joined together for Quad meetings to practice and rehearse for Lip Sync Night’s Doings. Working together, cabin groups picked a song and created original routines for the upcoming Quad competition.

Soon, to the drum roll of hands pounding on legs, staff announced Night’s Doings – Grab Bag! Quads  briefly returned to their cabins to fill their bag with items they hoped might be called out for points during the competition. Hilarity ensued as LIT coordinator ML called out items like a toothbrush from a list. Cabins rummaged through their collected items to find the item, then watched a Wayfinder Quad member sprinted to the front of the Eating Lodge and for judging.

No toothbrush? That’s okay – Wayfinders just had to convince the judge their replacement item, say, a hairbrush, is indeed a toothbrush. “Look! It brushes all of my teeth at the same time!” a camper exclaimed to her judge. Persuading the judge earned points for their Quad as well.

The Lake Michigan horizon clouded over as rain clouds blew in and settled over camp. The day ended with a quiet Evening Reflection under the protection of the Upper Lodge porch roof. Soon cabin groups were tucked into their sleeping bags, listening to the drip of the rain on the rooftops.